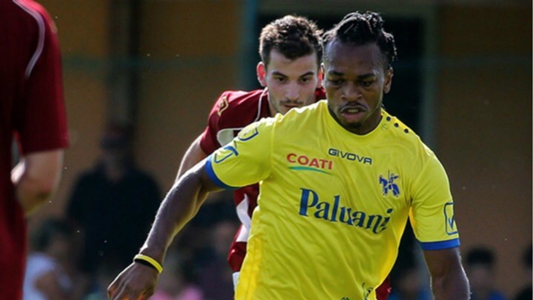 Joel Obi scored his first goal of the season in Chievo’s 2-2 draw with Bologna in Sunday’s Italian Serie A encounter.

The midfielder who joined the men in Yellow and Blues stripes in the summer scored a second-half goal but was not enough to help his side secure their first league win this season.

Filippo Inzaghi’s side started the game brightly with Federico Santander scoring the curtain raiser three minutes into the game.

The home team rallied from behind through Riccardo Meggiorini who levelled proceedings in the 20th minute.

In the 45th minute, Obi found the net with Meggiorini providing the chance before Riccardo Orsolini denied the home team victory with his 56th-minute effort.

The former Inter Milan man featured for 87 minutes in his seventh appearance this season before he made way for Sergio Pellissier.

Despite the stalemate, Chievo at the base of the league standings with one point from 12 games. They will aim to claim their first win when they clash with Napoli on November 25.